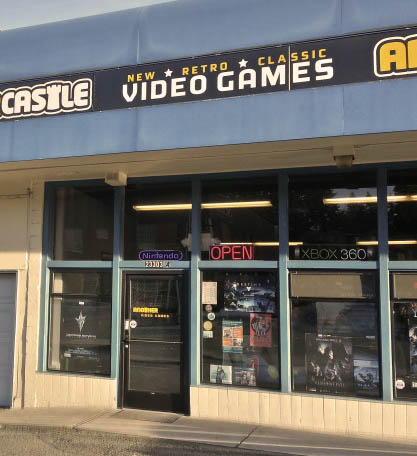 Another Castle is a locally owned video game store and coin-op arcade. We buy, sell, and trade video games, systems, and accessories. We also have classic arcade and pinball machines to play.

Founded in Edmonds, Washington in 2009, we’ve been steadily growing in order to improve your experience as a video game enthusiast. In late 2011 we moved next door, doubling the size of our sales floor and arcade. Ready to expand further, we acquired Bellingham’s venerated Reset Games in 2013. Soon after, we opened our Lynnwood location in early 2014, with a huge new space for more games, arcade and pinball action. Later that year we opened our first venture into a dedicated arcade — Another Castle: Arcade Edition. This location features later hours, even more arcade and pinball, and beer!

We care deeply about the history of video gaming and the preservation of the medium. We may have a focus on the classic systems all the way back to Atari and Intellivision, but we also carry new releases, so we have something for everyone!